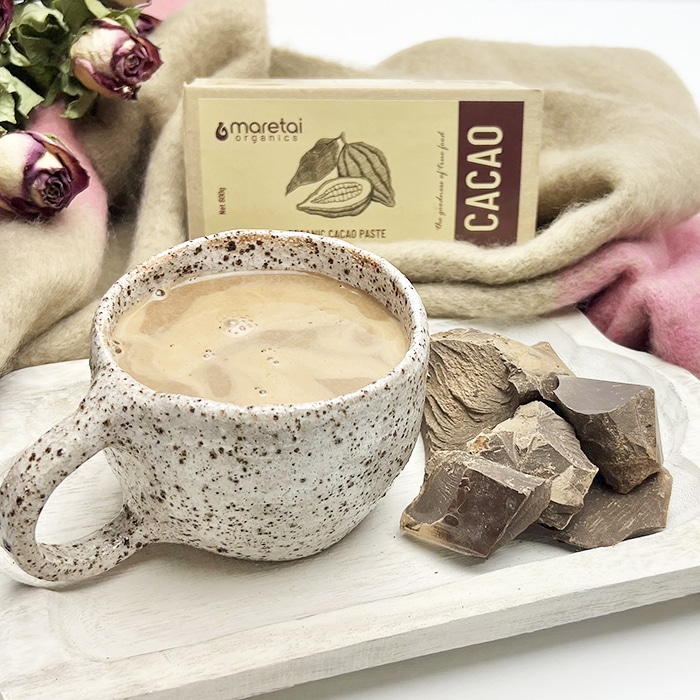 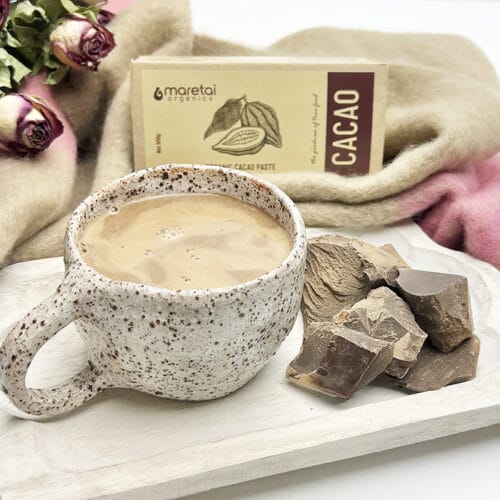 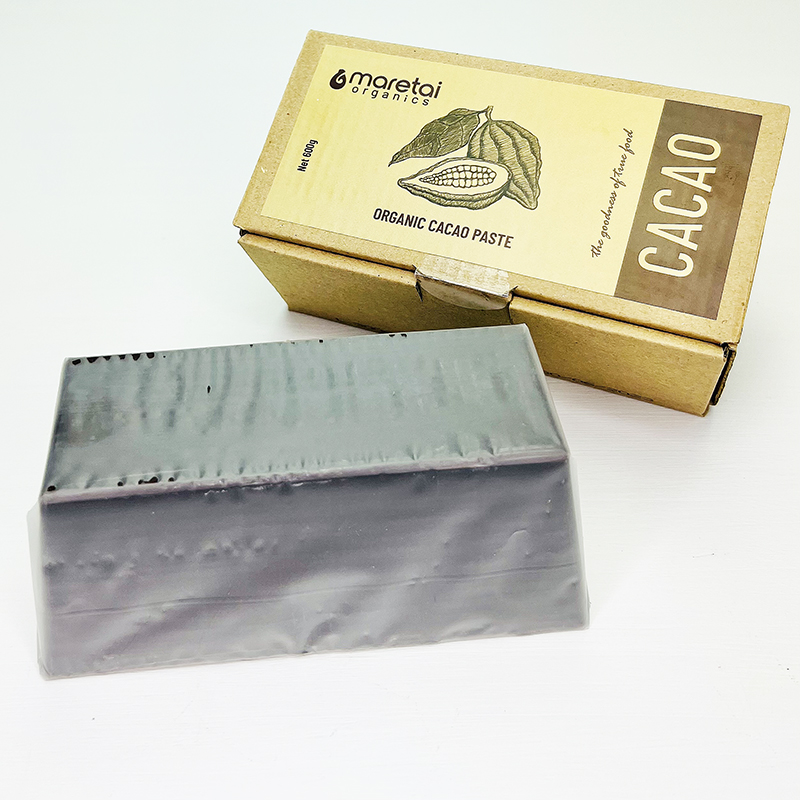 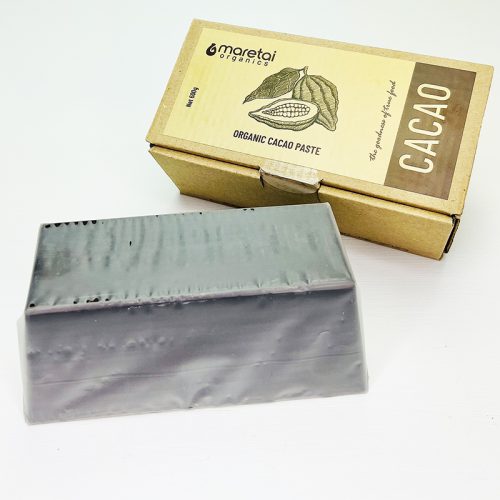 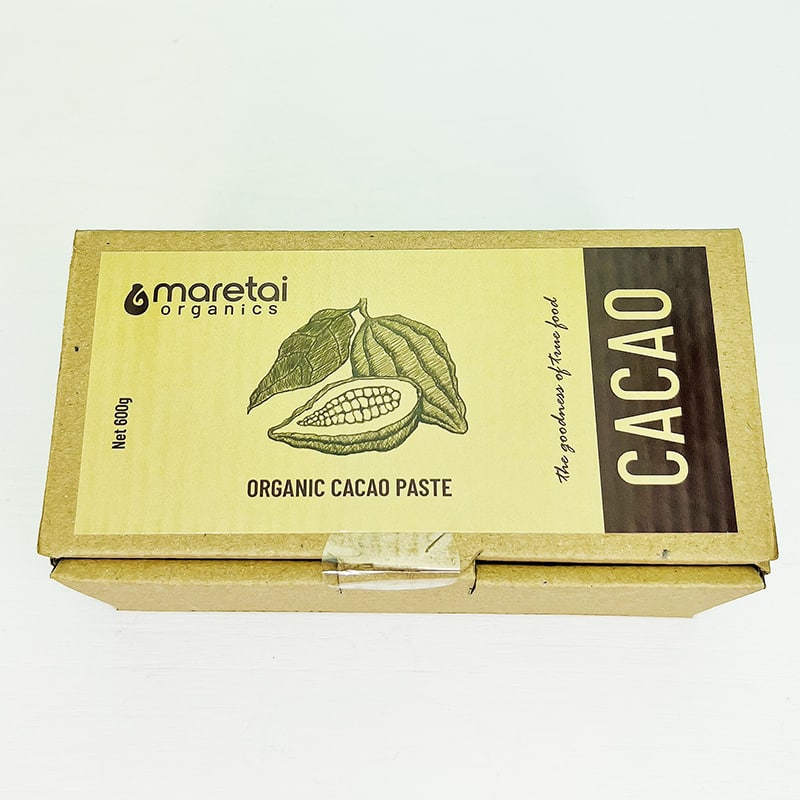 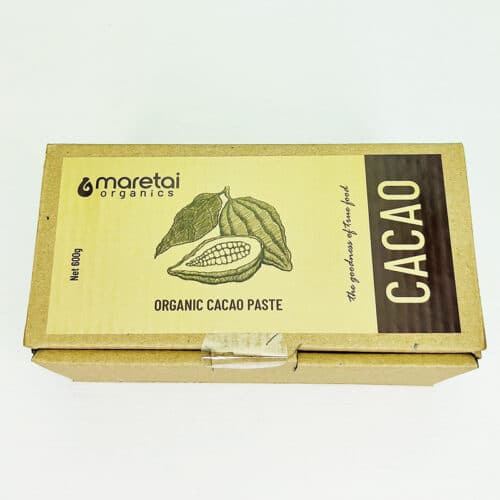 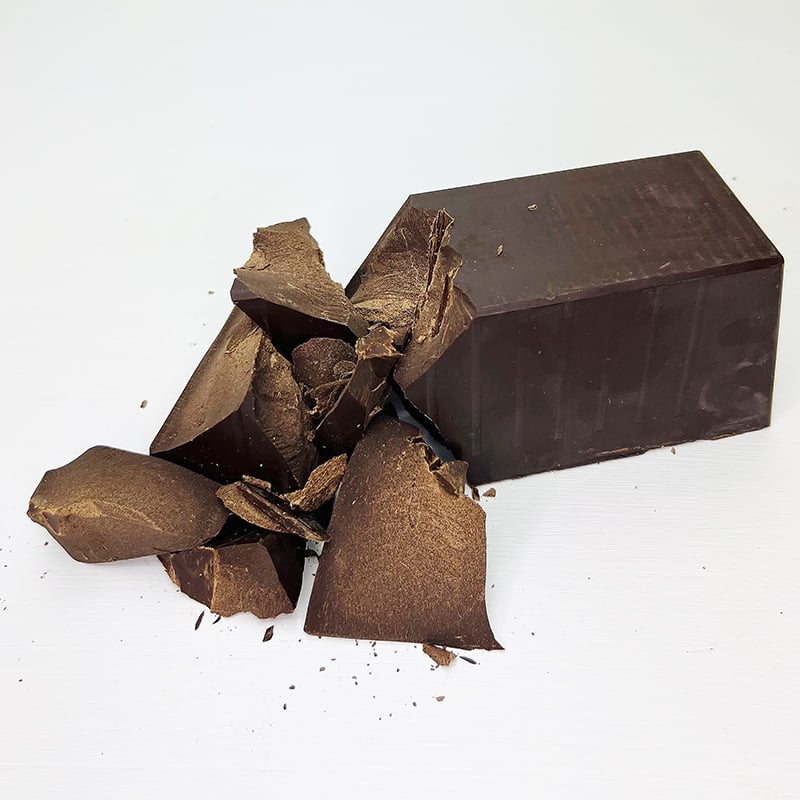 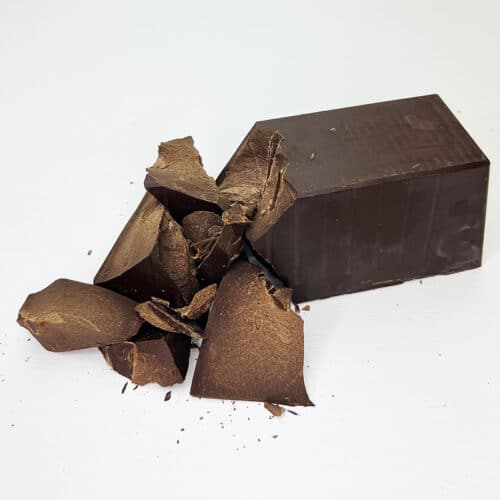 Maretai Organics Organic Ceremonial Grade Cacao Paste is a pure form of unadulterated cacao, sourced from the Mesoamerican region. In this pure form, it can be used as a natural dark chocolate, a chocolate drink or within Ceremonial Cacao.

Vibrant Souls has sourced and used cacao for many years, promoting the natural benefits of being high in antioxidants, minerals such as iron, magnesium, calcium and also containing the stimulant Theobromine. As an impressive alternative to caffeine, Theobromine is healthier and found to chemically influence our moods and our state of alertness in a positive way.

We have chosen the Ceremonial Grade Cacao Paste as Sara and Paolo have been sourcing cacao from native Mesoamerican regions and establishing a close relationship with growers who use sustainable agricultural practices and are certified by fair commerce and social development programs. Being the purest form the Cacoa can come in it is ideal for both Ceremonial and personal use.

Origin and Production of Cacao

The cacao pods are harvested from the trees and cracked open to allow the removal of the cocoa seeds. These are then fermented as part of the process essential for the chemical composition of the beans and the development of their renowned chocolate flavour. Following the fermentation, the seeds are then sun-dried, losing much of their moisture and deepening to a reddish-brown colour.

It is the cacao been fat that is extracted for cacao butter.

Ceremonial Grade Cacao Paste is made by peeling the husks (usually by hand), stone-grinding them down to form a paste which is set into a block – nothing added, nothing removed. This is the cacao block you will receive in its pure, traditional form, used by ancient civilizations for thousands of years in ceremony and celebration.

In Ancient ceremonies, a pure form of cacao was used – cacao paste – which is obtained by grinding the cacao beans into a paste and then mixing with hot water. This beverage could then be spiced with cinnamon, chilli, pepper and other spices. Cacao Paste is also referred to as cocoa mass or cacao liquor (even though it doesn’t contain alcohol).

To use it within a ceremony, grind or shave the cacao paste block and blend with hot water then stir until dissolved into a refined thick consistency. Slowly add small amounts of water to obtain the fluidity or dilute the concentrated flavour to suit.

For those of you looking for a more child-friendly or everyday option, combine warm milk alternatives like coconut, soy or almond to the thick paste forming a natural hot choclate.